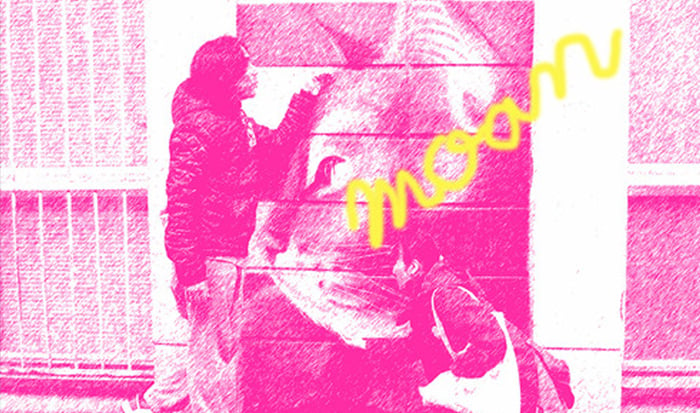 Shinji’s creative contributions in the Boredoms extends far beyond the guitar, though, including the design and production of their notorious seven-necked guitars (Sevena I & II), as well as track production and systems design for the Boredoms large scale BOADRUM projects. Moan originally grew out of this when Kid Millions heard some Boredoms backing tracks on Shinji’s iPod while staying at his house during Boadrum rehearsals.